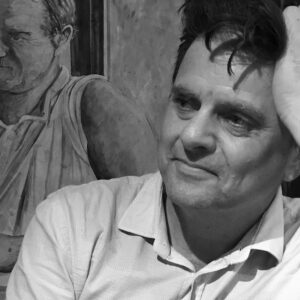 Tohby Riddle is based in Katoomba, in The Blue Mountains, near Sydney. He studied painting at Sydney College of the Arts and architecture at The University of Sydney. For many years afterwards he has applied his training to create picture books and illustrated books, winning awards nationally and internationally for art, literature and book design.

His work has also been translated into many languages, including one title which was translated into Japanese by one of the world’s greatest living writers, Haruki Murakami, after he’d discovered it on a visit to Australia. For his contribution to books for young people, Tohby has been nominated for the 2022 Hans Christian Anderson Medal.

For ten years Tohby was also the cartoonist for Good Weekend magazine, the weekend magazine of the Sydney Morning Herald and The Age. Selections of these thought-provoking cartoons were published in two cartoon collections by Penguin Books. The cartoons also feature in a permanent exhibit in the Melbourne Museum, and are in the collection of the National Museum of Australia.

For some further information about Tohby Riddle’s art practice visit Books Illustrated’s Behind the Studio Door.

Tohby is Australia’s nomination, along with Margaret Wild, for the Hans Christian Andersen Awards 2022. To quote from the press release of the International Board on Books for Young People (IBBY): 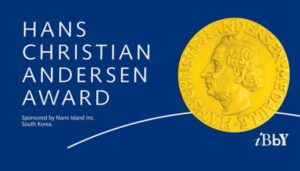